How dash cameras can help you increase your profits

Looking at how dash cameras can help improve profits for your business, in addition to protecting you from theft and false accusations.

What if we told you that your dash camera can actually help you improve business and make more money?

As technology has advanced, dash cameras have started to serve multiple purposes throughout a fleet.

Dash cameras not only help you potentially save money by preventing theft and false accusations–but they can help make you money by improving your CSA scores and decreasing your fuel costs.

So, in this blog, we’ll give you insight into how the best dash cams for truckers not only help keep your fleet safe but can also help your business make more money.

Yes, they can–with new machine vision (MV) and artificial intelligence (AI)-enhanced dash cameras, you can receive instant alerts if someone attempts to break into your truck or trailer and your camera will instantly begin recording the event.

Why does that matter?

Because cargo theft is costing fleets like yours hundreds of thousands of dollars in profits every year.

Did you know that in the first quarter of 2021 alone, fleets like yours lost $142,574 on average per incident? From the client interviews we’ve done, no one ever thinks it’ll happen to them.

That kind of loss can have a profound effect on a trucking business–and doesn’t even account for the loss of revenue that comes with being out of service and needing to replace a truck or trailer.

Preparing your fleet with the right technology can save you from dealing with costly cargo theft cases–keeping your hard-earned money where it belongs–in your business.

When your cameras are equipped with MV and AI cameras, your dispatchers or your safety manager can act quickly when an incident occurs, making sure your driver, truck, and load are safe.

In the event that a thief is attempting to steal your cargo, your camera will detect the unusual movement, immediately sending you an alert.

It will also begin recording continuously–capturing the event in its entirety.

You can then tune into your camera’s live feed while the event is occurring and see what’s going on and/or use the camera’s built-in speaker to alert the thieves and scare them off.

Then, you can download the recording of the event in full 1080p and provide the footage to the appropriate authorities.

New dash cameras equipped with machine vision and artificial intelligence can be used along with your ELDs truck diagnostic capabilities to provide you with telematics data and footage that you can use to decrease your fuel costs.

As a fleet owner, you know that fuel costs make up a massive percentage of your weekly expenditures, so finding ways to cut down on fuel waste can potentially save you thousands of dollars annually.

In fact, let’s do some math.

On average trucks are waiting 2 to 3 hours at the shipper just to be loaded or unloaded.

This means that your trucks are burning close to 3 gallons of fuel when they idle for 3 hours. At $4.00 per gallon, you’re spending $12 per truck just at pick-up locations—and probably another $12 at drop-off locations.

If you’ve got a 5-truck fleet that’s picking up and dropping off 2 loads per week on average, you’re going to lose $12,480 worth of fuel just waiting at the shipper in a year.

These numbers are just estimates based on statistics–but your dash camera and ELD can help you track your fleet’s idling and unsafe driving habits–which have a major effect on fuel waste.

Here’s a quick example–let’s say you equipped one of your trucks with a camera and you start monitoring its operation.

As it’s driving, your system’s telematics data finds that the driver tends to drive faster than 60 mph, which isn’t optimal for fuel-efficiency.

And once the driver arrives at their destination to pick up their load, your telematics system finds that the truck idled for 3 hours, which you can confirm by quickly cross-referencing with the video footage that was recorded when they arrived.

Now, thanks to your telematics system’s data-collecting and your camera’s footage, you have data you can use to make changes throughout your fleet.

This may come in the form of new policies, created to optimize fuel efficiency and minimize idling when waiting at the shipper.

Additionally, corrections can also be made via the dashcam’s speaker function–where you or your safety manager can make suggestions to the driver to have them correct any unsafe or inefficient habits while on the road or at a shipper’s yard.

These changes are likely to result in decreased fuel costs, as you’ll have 100% visibility into the performance of your fleet through data and video and can constantly make changes based on your findings.

How can dash cameras help improve my safety scores?

A best-in-class dashcam will have a host of safety features that allow you to maximize awareness and decrease your risks on the road. This in turn will have a significant effect on your Compliance, Safety, and Accountability (CSA) scores.

You know that CSA scores matter significantly as a business owner.

If a customer can’t trust your fleet to keep their load safe–they’re less likely to work with you. It’s that simple.

CSA, the program used by the FMCSA to determine the safety performance of your fleet, can make or break a business’ ability to be profitable. Customers simply will not give high-paying loads to companies with high CSA scores.

Your CSA scores are calculated by using data stored in the Safety Measurement System (SMS), where they’re organized into seven Behavior Analysis and Safety Improvement Categories (BASIC) which include

Equipping your fleet with dash cameras can specifically help in two categories: unsafe driving and crash indicator–which both require you have a score lower than 65%. Learn more about the inner working of CSA scores by clicking here.

Here are some features you’ll want your camera to have to help decrease your CSA scores:

Real-time alerts when an incident occurs

Motions sensors that detect harsh movements and incidents on the road

360-degree view of all angles of your trucks

These features aren’t just useful if your truck is involved in a wreck–they can also be useful in improving driving habits throughout your fleet to keep CSA scores low.

Let’s say one of your drivers has had issues in the past with driving over the speed limit and they’ve received some violations for the infraction.

These violations have likely affected your CSA scores and cost you some hundreds of dollars, so you decide to equip their truck with a camera.

Now, if that driver goes over the speed limit or displays any unsafe habits on the road, your camera will automatically send you an alert.

This will give you and your safety manager an opportunity to bring this to the driver’s attention by communicating with them via your camera’s speaker.

These corrections while in the act will drastically lower their chances of receiving another violation. Additionally, you’ll be able to decrease your CSA scores if you apply these practices throughout your fleet–meaning fewer FMCSA audits and violations you’ll have to deal with.

While not admissible in every case, CSA scores can and have been used in a court of law as evidence that a fleet or driver has a record of being unsafe.

By equipping your fleet with cameras, you’ll not only benefit from decreased CSA scores, but you’ll also have video evidence to prove your fleet practices safe habits.

Can dashcams help me prove a driver’s innocence?

Proving your driver’s innocence after a wreck can potentially save you millions of dollars while allowing your CSA scores to remain unaffected.

It’s becoming more and more common for fleets like yours to pay out millions of dollars in court–they’re called “nuclear verdicts.”

And the worst part? Statistics show that your fleet is most likely NOT at fault for most accidents that occur on the road.

According to the American Trucking Associations, 70 to 75% of fatal crashes that occur are ruled as not being the trucker’s fault.

So that means that despite fleets like yours are being progressively safer on the road, you’re still more likely to get stuck with million-dollar payouts more often than ever before.

The role that dash cameras play in the event of an accident is crucial–video evidence can be the difference between potentially losing your business altogether and keeping your business running.

What is the best dashcam for truckers in 2022?

The best dash camera for your fleet is one that can prove your drivers’ innocence in the case of false accusations, promotes better driving habits and helps you make more money.

GPSTab Dash Cameras can help you do all three of those.

Dealing with a false accusation after a wreck?

GPSTab Dash Cameras automatically begin recording if an accident occurs and send you a notification. Drivers can also manually trigger a recording on the camera, allowing them to record the event and notifying you of the recording.

The footage can then be easily downloaded using the GPSTab Admin Portal and presented in a court of law.

And with MV and AI features, you’ll have instant alerts when an incident occurs on the road. This will help you keep track of unsafe driving habits and improve your CSA scores–helping you attain more business and make more money in the process.

GPSTab Dash Cameras can also be used alongside GPSTab Truck Diagnostics, providing you with all the data and video you need to make sure your fleet is driving efficiently–saving you thousands of dollars every year on fuel costs.

See what our dash cameras can do for you by booking a free camera consultation below and/or visit our online shop. 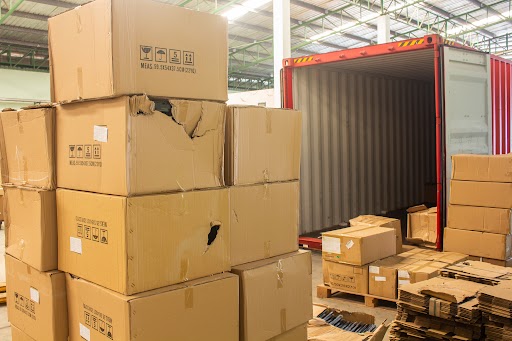